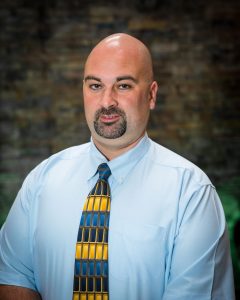 I have been involved in Public Safety since November, 2002 and specifically Public Safety Communications since September, 2003 when I became a part-time student dispatcher for WPI Police in Worcester. In March, 2004 I was appointed as a dispatcher for the Town of Webster. I remained as a dispatcher for Webster until June, 2014 when I was appointed as the first Communications Center Director for the South Worcester County Communications Center, a regional emergency communications center that was being formed for the Towns of Webster and Dudley. I was tasked with finalizing the development and implementation of the RECC which officially went live in November, 2014. Today I oversee a staff of 10 full time and 5 part time dispatchers who are responsible for handling approximately 9,000 911 calls and 33,000 calls for service per year, serving a population of 28,000. In 2018, I was fortunate enough to be selected to attend the Fitch & Associates Communications Center Manager program, an experience that was among the best professional opportunities I’ve been able to have.

I attended my first MCSA meeting in late 2014 and can honestly say doing so was an invaluable decision. The relationships and contacts that I have developed through regular participation with the MCSA have, without a doubt, helped me to better myself and be a better leader to those who I have the pleasure of employing. Through those relationships, I was able to see the great work the organization does on behalf of telecommunicators throughout the state and I found that I wished to continue to become more involved.

Thanks to a nomination by longtime MCSA member Don Hancock, I was elected as Co-VP for Worcester County in June, 2017 serving alongside a great mentor, Worcester County VP Laurie Lyons as well as the fantastic entire executive board. In June, 2018, I was fortunate enough to be re-elected to serve as Co-VP for Worcester County and continue to serve along side the great team made up by the Executive Board. During my time on the executive board, I have served on the Social Media/Outreach and Website Committees currently serving as chair of the Social Media/Outreach committee.

As we fast forward to today, I am excited to be seeking to continue my service to the MCSA alongside some great candidates for executive board as I seek the position of Secretary. The role of secretary might be seen by some as simply a paper pusher, however I see it as more of a historian/memorializer. The secretary has the responsibility of documenting meeting actions, attendees, and various other record-keeping requirements to ensure that those who come after us can understand the actions we have taken and continue the organization’s mission and goals. As part of my role at the SWCCC, I have served as the ad-hoc secretary for the SWCCC Board of Directors and Operations Board since mid-2015, responsible for all meeting records/minutes and all annual reporting requirements, being known as keeping detailed and accurate records. I hope to continue that reputation in the role of MCSA Secretary.

Thank you for your consideration of supporting my candidacy.