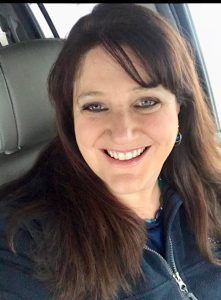 I would like to thank MCSA for the Nomination of Co-VP for Worcester County Region. I am currently the Dispatch Supervisor for the Town of Clinton and began my appointment in December 2018.  At that time, I was invited to become a member of the MCSA by Gregory Lynskey and attended my first meeting with Penny Ryan of Auburn PD. I have made many wonderful connections through the MCSA and have grown my invaluable support system. I have already begun disseminating the useful information obtained through the meetings with other area departments that do not currently have representatives.
I have had the unique opportunity to begin my career in Public Safety at the age of 16, where I was state certified as EMT. I volunteered on the Bolton Fire/EMS department for 10 years following this certification. As soon as I turned 18; I started as a per diem Dispatcher with local towns. I went on to become Head Dispatcher with the Boylston Police Department where I achieved many accomplishments.
In 1996 I organized the initial collective bargaining unit for the Town of Boylston Public Safety Dispatchers and actively participated in the negotiations for this first contract. This contract became a model for other Dispatch Unions throughout the commonwealth of Mass. Today, the collective bargaining unit for Town of Boylston Dispatch, is still modeled after the initial contract.
When the Emergency Enhanced 911 system came to state of Massachusetts, I was selected by the Central Mass Chiefs of Police Association to be qualified Instructor. In this role I went into several departments in the Central Mass region and trained police and civilian dispatchers on the 911 system. I was also a State Police qualified instructor for CPR/AED, and First Responder. I received my Reserve Police Academy Certification from MCJTC and was sworn in for the Town of Boylston where I acted as a police officer for special assignments continuing my role as Head Dispatcher.  Being one of a few female officers in the area, I was utilized by the Town of Clinton as a Matron in their area lockup facility.
I have been involved in Public Safety on and off for the last 24 years.  I have also worked in both public and private schools in the area of special education. Holding position of Director’s Assistant for private special education school where I was responsible for state accreditation, financials, as well as day to day operations of staffing and students.
In 2017 Town of Clinton merged the communications of police and fire service dispatch into one center, I returned to Clinton in January 2018 as a public safety dispatcher. The department saw a need for a Supervisor role, I was selected and began as Public Safety Dispatch Supervisor in December 2018. This new role has been both filled with challenges and amazing rewards.  I am not only excited about where the Clinton Dispatch Center can go; I am excited about a role with MCSA!